In exposed sites fronds are often yellowish and stunted, while under ideal conditions the middle pinnae may be pinnately divided ('crested' growth form). Although pinnae on sterile fronds are usually quite elongate and tapering, some plants have shorter pinnae with rounded ends. The black, shiny stipe and the stiff fertile fronds (produced amid a tuft of sterile fronds) are distinctive. 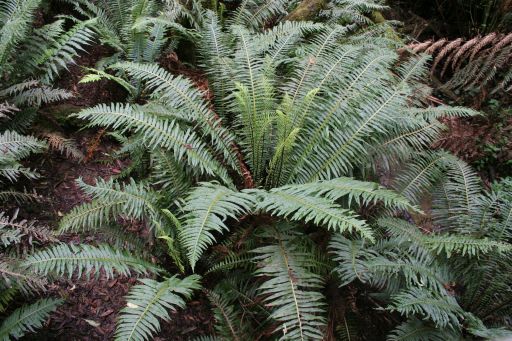