GipP, Gold, HSF, VVP. Also WA, SA, NT, Qld, NSW. Tropical to subtropical countries. Rare in Australia. In Victoria known only from several isolated localities: a 1975 collection from near Bendigo, several collections from near Cape Schanck (first collected at the site in 1981), a 1997 collection from Hawthorn Railway Station in Melbourne, and a 2016 collection from Crossley near Warrnambool (where occuring on limestone escarpment above a creek). There is also a report from Plenty River Gorge near Greensborough, but this is not substantiated by a herbarium specimen. There are also several specimens collected in 1925 from Evelyn, and a 1934 collection from Greenwald (near Heywood), but the origin status of these is unknown. Often growing on calcareous soils. It is unclear whether some populations in Victoria are native and others naturalised, or whether all populations are naturalised. 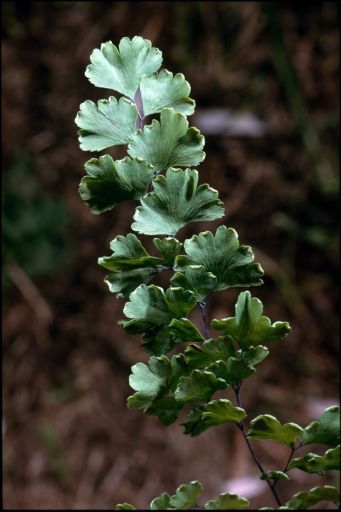