About 20 species, cosmopolitan, with its greatest development in Australia and temperate South America.

Perennial species with woody rhizomes and tuberous roots previously included in Triglochin are now placed in a separate genus Cycnogeton. The monotypic and florally distinct genus Lilaea has recently been included in Triglochin on the basis of molecular data and similarity in vegetative characters (Von Mering & Kadereit 2010). This species is sometimes regarded in its own family, the Lilaeaceae, and its placement in Triglochin seems surprising. 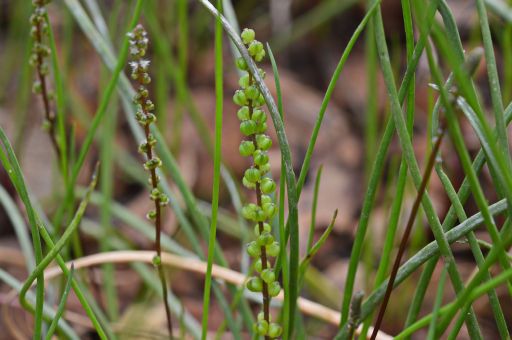