55–60 genera with about 1900 species, virtually cosmopolitan but mainly in tropical and subtropical regions; 23–24 genera and c. 155 species in Australia.

Included in the family are a number of species with edible starchy tubers, such as the important crop plant Ipomoea batatas Lam. (Sweet Potato) and several native species of Ipomoea that were eaten extensively by Aboriginal people. Some exotic species of Ipomoea (Morning Glories) are widely cultivated for their showy flowers.

The family Cuscutaceae is sometimes recognised as a separate family from Convolvulaceae. 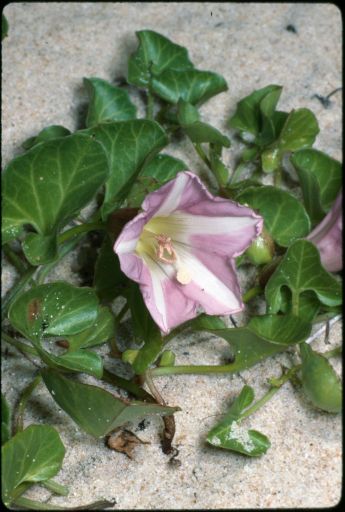