Plants from non-mallee locations tend to be taller, have longer leaves and stipules, and are more viscid than mallee plants. Their taxonomic status warrants investigation. Possible hybrids between S. eriocephalum and S. subochreatum have been collected from the western part of the Big Desert. Var. glabrisepalum J.M.Black differs from var. eriocephalum in the flowers having glabrous, viscid sepals. It is endemic on Kangaroo Island in South Australia. 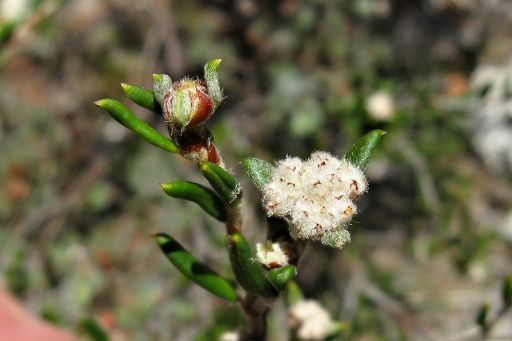