Terrestrial or rock crevice-dwelling ferns. Rhizome often thick and stout, covered in papery scales attached by basal margin. Fronds close together, often tufted. Stipe with scales crowded near base, scattered above. Lamina thin-textured, simply pinnate to 3-pinnate; rachises and midribs rounded below, flattened above, usually grooved; veins free. Sori variable in shape, often elongate with some paired; indusium either a narrow flap, J-shaped, or inflated and oblong, round or ovate; spores bilateral.

About 15 genera, 3 represented in Victoria.

Limits of Woodsiaceae have recently changed to include Athyridaceae. However, further study is required to resolve the taxonomy of this group, and it is possible that it consists of numerous smaller families as previously circumscribed (Smith et al. 2006). 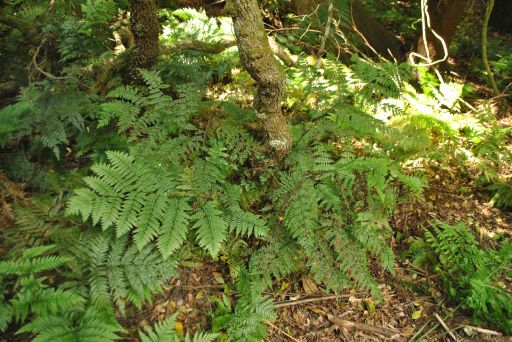