Also NSW. Known at MEL by a few pre-1900 Victorian collections from Towong (near Corryong) and the mouth of the Snowy River, but doubtfully still present in this State; presumably introduced but the earliness of collection suggests it may be native. Occurs in or near swamps or beside streams.

Lysimachia salicifolia Benth. nom illeg. (= L. muelleri N. P. Balakr.) was the name used for specimens collected by Mueller. Bentham tentatively distinguished L. salicifolia from L. vulgaris in having the staminal filaments only very shortly connate at the base—a feature which is rather variable within the species and partly dependent on flower maturity. No other specimens identified as Bentham’s L. salicifolia have been collected since Mueller’s 1855 collection. 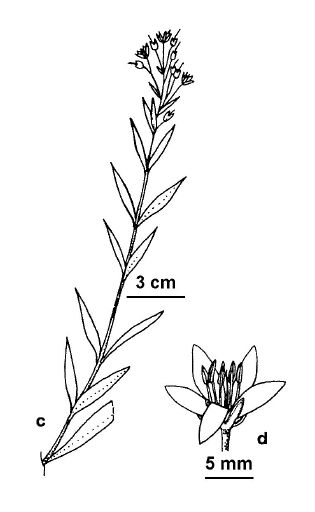