A variable species, intergrading between two growth forms: one epiphytic and pendulous (sometimes referred to P. myrtifolius, a species not found in Australia), the other growing in rock crevices and erect. Nearly all Victorian specimens fall within the latter category. 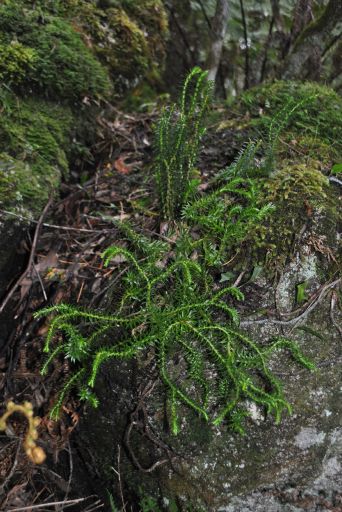