This is one of about 50 'Poorinda' cultivars, all which were produced by Leo Hodge of W Tree in East Gippsland. He named his property 'Poorinda' and all the cultivars produced by him bear this prefix. This cultivar was first produced in 1952 and was one of the first four 'Poorinda' cultivars. It is believed to be a hybrid between Grevillea juniperina sens.lat. and a species from the G. victoriae species complex. Very similar to G. 'Poorinda Queen', see notes for that species. 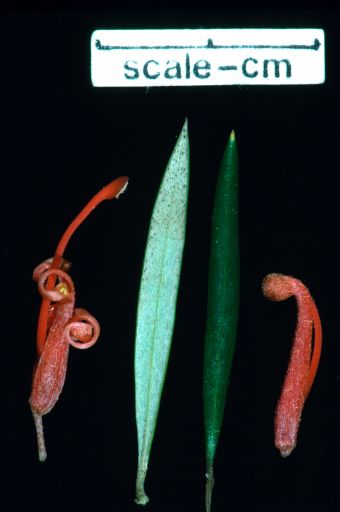