Some collections from the Nunniong Plateau have relatively short leaves, and could be confused with Grevillea alpivaga, which however, has leaves with the lower surface partly exposed. Also possibly confused with G. micrantha, which has scabrid leaf veins. 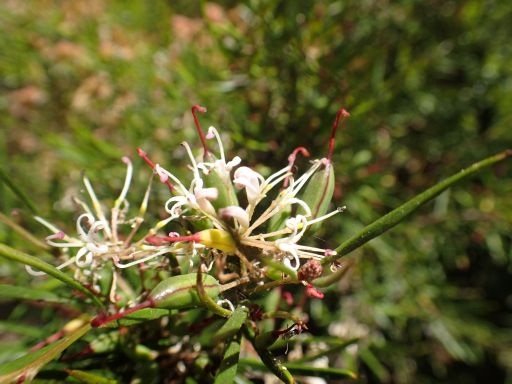