Formerly treated as part of Clusiaceae

Woody or herbaceous perennials, mostly glabrous. Leaves opposite, with resin cavities (then appearing punctate) or canals, sessile or subsessile; stipules absent. Flowers terminal, in cymes or solitary, bisexual or unisexual, radially symmetric; bracteoles often present; sepals and petals usually distinct, each usually 4 or 5; stamens usually numerous, sometimes grouped into 2–5 bundles opposite and often adnate to the petals; staminodes sometimes present; anthers opening via longitudinal slits; ovary superior, usually 3–5 locular (rarely unilocular or with up to c. 20 locules); styles as many as locules, free or partly fused, or entirely fused with a lobed or peltate stigma; ovules 2–many per locule. Fruit a longitudinally dehiscent capsule, or a berry or drupe; seeds often with a funicle or an aril.

Formerly treated as part of the Clusiaceae, but these distinguished mainly on sex distribution (Clusiaceae mostly dioecious) and nature of the androecium. 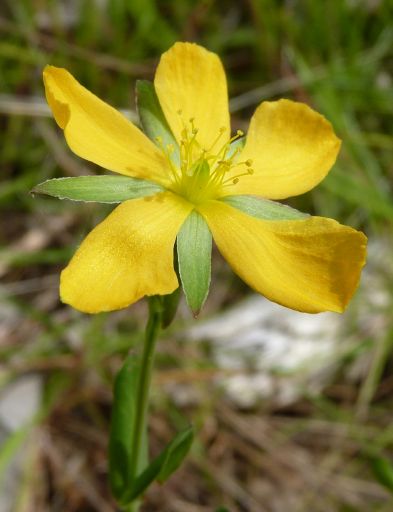