About 50 species, widespread in temperate regions of Europe, western Asia and Africa; 3 species naturalised in Australia.

The European Anchusa azurea Mill. (Large Blue Alkanet) was collected at Rokeby near Warragul in 1938, but there have been no further collections from there or elsewhere in Victoria. This robust perennial is characterized by its large, regular, shortly stalked, bright blue flowers, sepals that are free nearly to their base and elongating greatly in fruit, and the large, irregularly ridged mericarps with a basal areole. 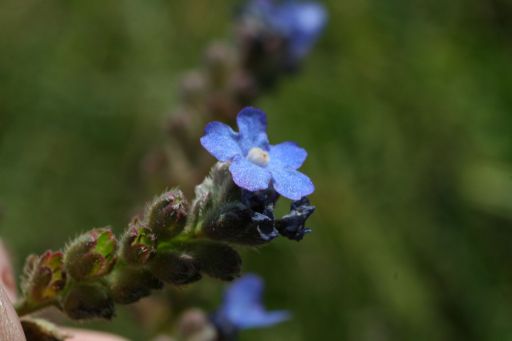