EGU, MonT, VAlp. Also SA, Qld, NSW. New Zealand. Prior to extensive fires in the Victorian alps in 2003, Chenopdium erosum was known in Victoria only from rain-shadowed country near Suggan Buggan. However, following the alpine fires it appeared surprisingly in grassland, heathland and snow-gum woodland on Mt Buffalo and the Bogong High Plains where locally common. It was also common post-fire in parts of Kosciuszko National Park in New South Wales. It appears that in alpine environments at least, the seed is very long-lived and requires fire to promote germination. Alpine specimens seen to date have been prostrate or weakly ascending (to c. 25 cm high), unlike the erect habit of plants at altitudes below c. 500 m. It is not known if this is simply a response to the alpine environment or if the habit is genetically controlled. 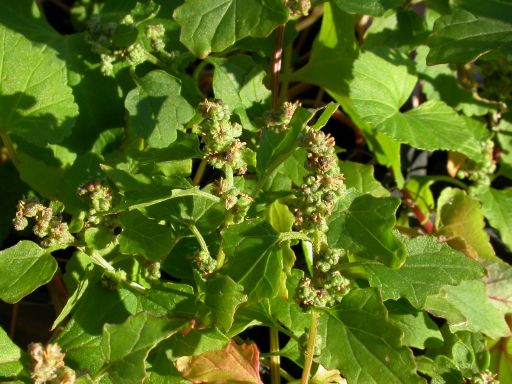