Ophioglossum lusitanicum dies back in winter, but even when fully grown and fronds at their largest, plants are often inconspicuous. Although the lamina is usually much longer than broad (mostly more than 3 times), populations from some parts of the state (e.g. mallee areas, Gippsland and around Melbourne) have a lamina only twice as long as broad. See also notes under O. reticulatum. 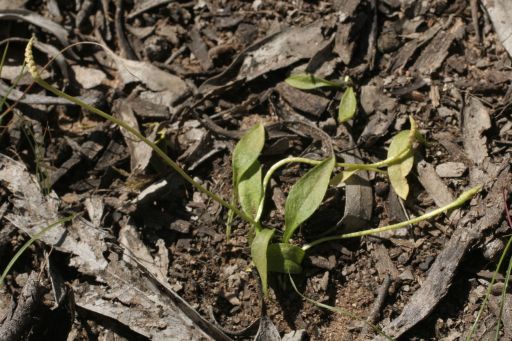