It exhibits a considerable variation in size and shape, and some growth forms are difficult to distinguish from B. rupestre but that species usually has dimorphic sterile and fertile fronds and sori that are confluent across the pinna midvein (and usually also laterally). 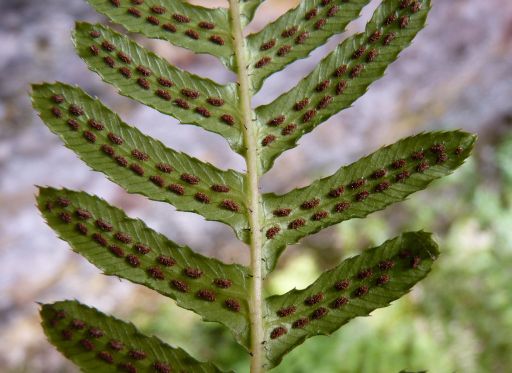