A variable species. Plants with triangular or hastate, densely white-mealy leaves (= Rhagodia deltophylla) and plants with small, ovate to obovate, glistening grey-green leaves both occur through the range of the species in Victoria. These variants appear distinct at their extremes but are linked by specimens of intermediate character. 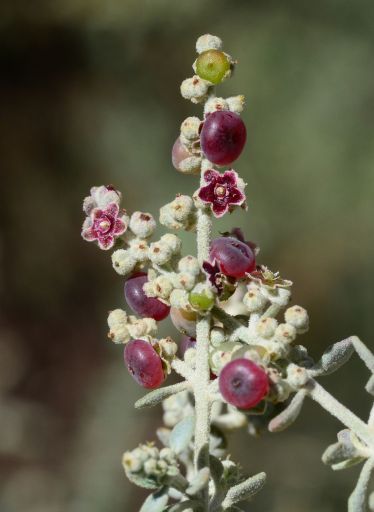