The species is variable between populations in habit, leaf dimensions and colour, and tendency to root-sucker. Olde & Marriott (1995a) distinguish a number of these as forms; they also reinstate Grevillea rogersii Maiden (characterized by leaves 2–10 mm long in tight pseudowhorls on suppressed lateral branchlets, by a narrower perianth (2–3 mm wide), and conflorescences with 1–4 flowers). Makinson (2000) treated G. rogersii as a subspecies of G. lavandulacea, regarding it as endemic to Kangaroo Island. Similar populations have been recorded from the lower Glenelg River in Victoria, their placement between the subspecies is uncertain. 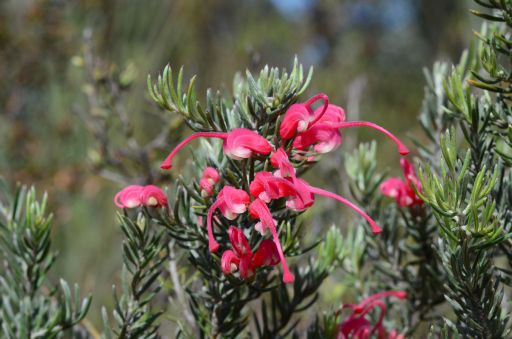