Qld, NSW. New Zealand, Asia, Pacific islands. Reported once in Victoria, from 3 km south-east of Genoa in 1940. The single plant discovered has since died and this species is presumed to be extinct in Victoria.

Species account taken mainly from Brownsey & Smith-Dodsworth (1989) and Wilson (1990). The once pinnate frond with doubly toothed, lanceolate, long-tapering pinnae is distinctive, as is its completely dark brown stipe and rachis. 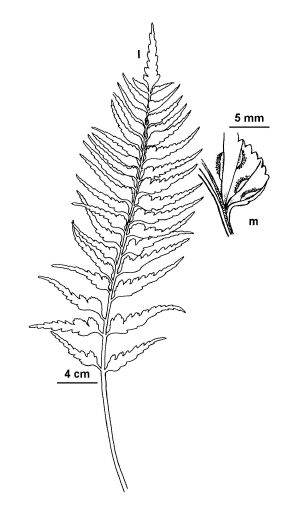