There is much variation in flower morphology within this taxon and a number of distinct variants probably warrant taxonomic recognition. One variant of Microtis unifolia is known from peat bogs, and has tiny flowers, a small ovary, a short blunt dorsal sepal and a curled-under, square labellum which is not bifid.

Some M. unifolia can apparently hybridize with both M. rara and M. parviflora in the field. See also notes under M. rara. 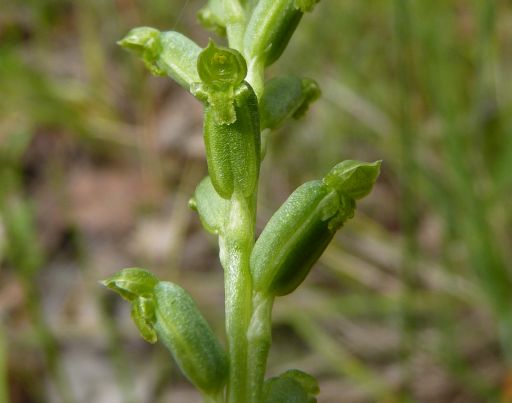