In the eastern part of its range, plants are normally non-twining, and often rather stiff-stemmed and the leaves tend to be strongly dimorphic, with those associated with flowering stems narrow-elliptic to nearly linear, often >20 mm long, with basal leaves obovate or broadly elliptic. West of Melbourne (where the species is uncommon), plants are commonly loosely mat-forming and sometimes twining (as in D. gunnii) and the leaves are less pronouncedly dimorphic, most being relatively broad and rarely more than 20 mm long. 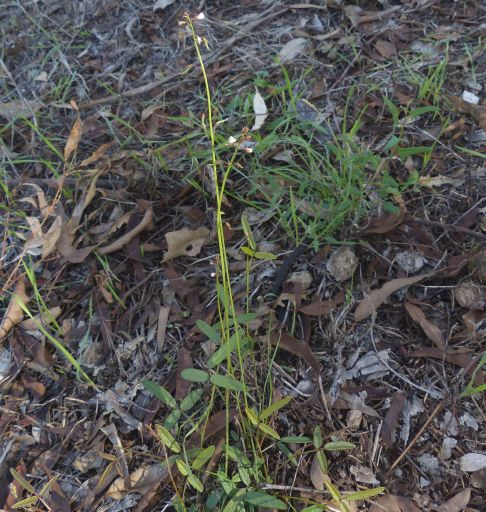