About 750 genera with c. 20 000 species worldwide, cosmopolitan but concentrated in tropical to temperate regions; 175 genera with c. 1200 species in Australia. Many species are of commercial importance as human food crops, timber, fodder for domestic animals, horticulture etc.

The three subfamilies outlined below were commonly treated as separate families prior to molecular analyses that showed recognition of a single family with up to eight subfamilies to be more tenable.

Key to the subfamilies of Fabaceae

About 150 genera with perhaps 2500 species worldwide, chiefly in tropical and subtropical regions; 22 genera and about 130 species in Australia. Gleditsia and Senna in Victoria.

Key to the genera of Caesalpinioideae

Subfamily Faboideae: Trees, shrubs, herbs or vines. Corolla papilionate, petals unequal, adaxial petal (the standard) usually largest and borne outside the 2 adjacent lateral petals (wings), the 2 abaxial petals (the keel) are innermost, usually fused and enfolding the stamens and gynoecium; stamens 10, free or variously joined by their filaments, forming a closed or open sheath around the gynoecium, anthers dehiscing by longitudinal slits.  Fruit a pod or sometimes a lomentum; seeds usually arillate.

Key to the genera of Faboideae

About 60 genera in the tropics, subtropics and warm temperate regions of the world, with c. 3000 species; in Australia, 17 genera and c. 1100 species. Acacia, Paraserianthes and Prosopis in Victoria.

Key to the genera of Mimosoideae 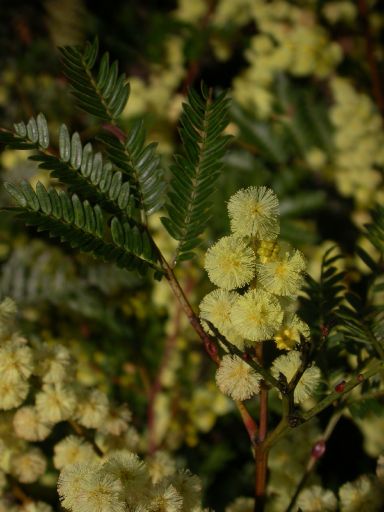