4 genera and 16 species, all endemic to Australia, 1 species in Victoria.

Currently Dasypogonaceae are unplaced by phylogenetic analyses. This group has previously been included in Xanthorrhoeaceae (Cronquist 1981), and Dasypogonaceae and Calectasiaceae (Dahlgren 1985). However, more recently the position of this group in the Asparagales (i.e. lilies etc.) has been disputed by molecular analysis, with studies placing them closer to the commelinids (i.e. palms and grasses etc.). Morphological characters such as the lack of petaloid perianth segments, ovule structure and other anatomical traits have been used to support this removal from the Asparagales (Clifford et al. 1998). Similarities have been drawn between Dasypogonaceae and Arecaceae, with members of both families displaying a similar mode of stem thickening (Clifford et al. 1998). This character has been used to suggest that these two families are closely related, and it is possible that future studies will resolve Dasypogonaceae in the Arecales. Dasypogonaceae may also be placed in their own order the Dasypogonales. However, there are currently no morphological characters to warrant this status (APG III 2009). 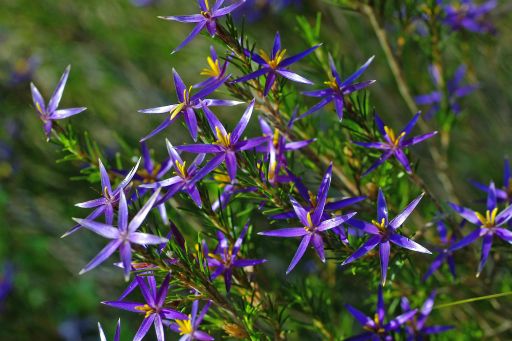