This variety exhibits variation in the shape, thickness and indumentum of the leaves throughout its range. Plants from the Brisbane Ranges have very narrow and occasionally woolly leaves, those from coastal areas have leaves that are fleshier han those further inland, and those from south-west Victoria approach var. gariwerdensis but have narrower leaves and more prominent auricles, and east of Melbourne var. linearifolius possibly intergrades with var. denticulatus (Thompson 2004b). 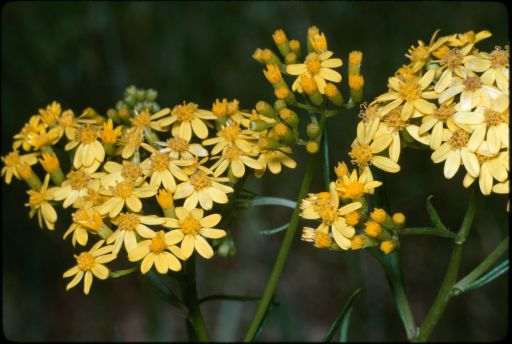