In Victoria known only from crevices of exposed sandstone cliffs in the Black Range (west of the Grampians). The fronds of the Victorian specimens are less than 20 cm tall (they can reach 60 cm elsewhere). 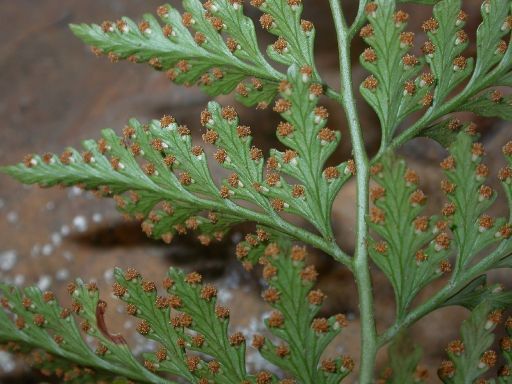