LoM, MuM, RobP. Also NT, SA. In Victoria, apparently confined to the far north-west where found on sand-dunes, often only appearing after fire. A more easterly record from near Shepparton needs checking.

The silvery appearance of the plants, their non-twining habit, small leaves with toothed or lobed margins and small flowers on short, slender peduncles readily distinguish it from other Victorian species. It is generally rather rare, but may be locally common following fires. 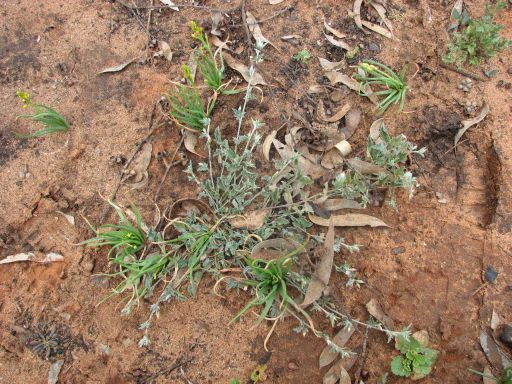