In the strict sense Thelymitra ×truncata is a natural hybrid of uncertain parentage from Myponga in South Australia. Similar hybrids can arise following hybridisation between any members of the T. pauciflora and T. ixioides complexes. Plants can be quite variable depending upon the identity of the parents involved. 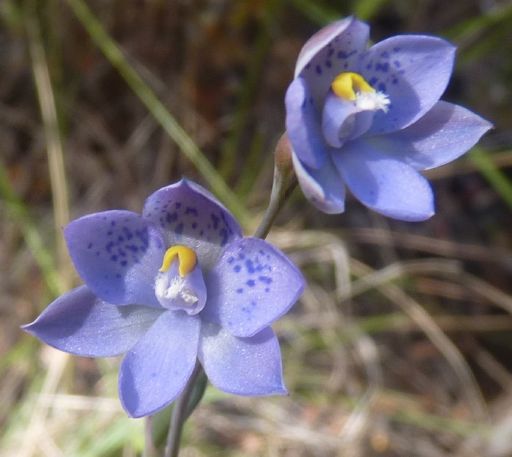