Sticherus tener has been widely misapplied to this species. These two species are very similar, differing principally in the shape and angle of pinnules to the axis on the ultimate rachis. Pinnules on the ultimate rachis of S. urceolatus are typically narrowly oblong or broadly lanceolate and form a more acute angle to the rachis (mostly 50–65°), while pinnules of S. tener are linear or narrowly lanceolate (often accentuated by the acuminate apex) and angled at c. 80° to axis. Pinnules on the ultimate rachis of S. urecolatus are typically longer than those of S. tener, the latter not exceeding 20 mm. Both species are distinguished from S. lobatus by the presence of hair-like scales on the underside of pinnules. The margins of pinnules in S. urceolatus can be quite crenate to serrate, and so resemble those of S. flabellatus. However, in the former the crenation seldom continues to the base of the pinnule and the pinnules are angled at more than 50° to the axis. 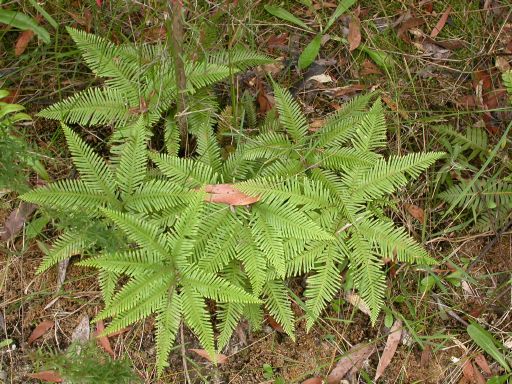