About 40 species, from the Mediterranean, Europe, western Asia-Pacific and southern Africa; 4 species naturalised in Australia.

The robust biennial or perennial herb Echium italicum L. was reported by Willis (1973) as possibly being spontaneous in Victoria near the Murray River between Corowa and Albury, but no supporting specimens exist at MEL to substantiate this. It has been found very close to the Victorian border in both New South Wales and South Australia and its discovery in this State is to be anticipated. Similar in appearance to E. vulgare but more densely setose, with pale yellow or cream, virtually regular flowers, and 5 strongly exserted stamens. 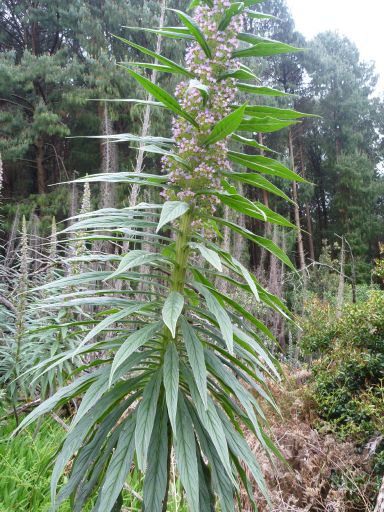