Gonocarpus micranthus subsp. ramosissimus is distinguished from subsp. micranthus by its erect (to 60 cm) habit, and larger, diffuse inflorescence with third- or fourth-order branching. However, subsp. micrantha often becomes large and robust, with quite diffuse inflorescences following disturbances such as fire. These specimens can be quite difficult to distinguish from subsp. ramosissimus, but generally remain much lower, with stems initally prostrate and rooting for several nodes, and becoming ascending rather than erect. 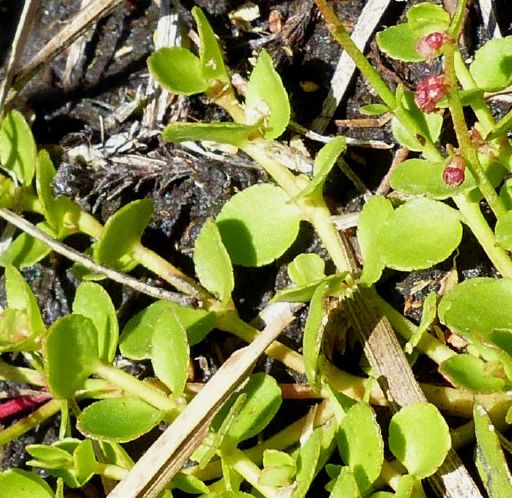