This species displays a great deal of variation in leaf width, apparently depending to some extent on habitat and host plant. Subspecies tenuis (Blakely) Barlow, from northern New South Wales and southern Queensland, reputedly differs from the type variety in having narrower (1–3 mm), linear leaves (Barlow 1963). However, this variant seems to represent only the lower end of a continuum. Most Victorian populations have leaves 2–5 mm wide, sometimes with leaves less than 3 mm wide as well as some greater than 3 mm wide on the same plant. Given the evidence available, the recognition of this subspecies is not considered useful or practical. 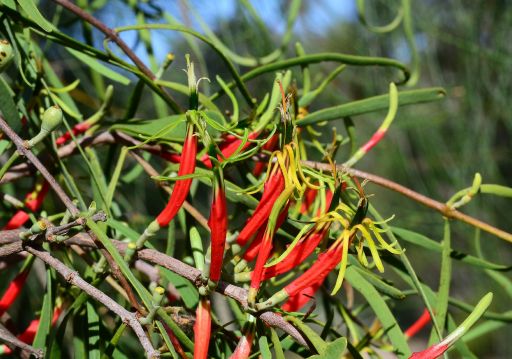