A rare variant (recently described as C. elongatum) from the southern Grampians with the inflorescences consisting of panicles of interrupted spikes is noteworthy. These plants probably represent a freakish development of C. mitchellii as some observers have noted both spicate and corymbose inflorescences sometimes present on the same plant.

The record of C. mitchellii for South Australia (Bentham 1870) is not supported by any specimens and, if valid, the species is presumed to have become extinct in that state long ago due to land clearing. 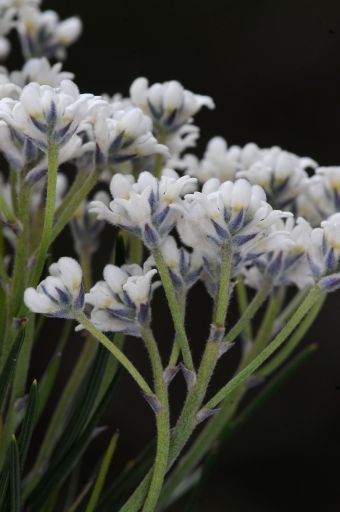