About 29 genera with c. 600 species, cosmopolitan but mainly in eastern and south-eastern Asia; 7 genera (2 naturalized) with c. 30 species in Australia.

The Common Lilac, Syringa vulgaris L., sometimes persists around old gardens by suckering but is apparently not yet truly naturalized in Victoria. This eastern European shrub or small tree to 6 m high has glabrous ovate leaves that are truncate to subcordate at the base and acuminate at the apex. The panicles of fragrant, lilac or white (var. alba) tubular flowers with spreading corolla-lobes are usually borne in pairs at the ends of shoots. 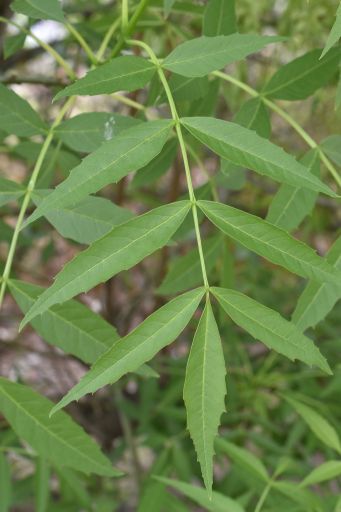