Characterized by the dense spreading glandular hairs on upper parts of the plant, deeply-emarginate magenta petals, and at least the upper leaves with narrow, acute-tipped lobes. The mericarps are distinctive in retaining the seed by means of a rigid 'prong' at the distal end; mericarps of other Australian taxa have seed retained by a cluster of bristles attached to a callus. 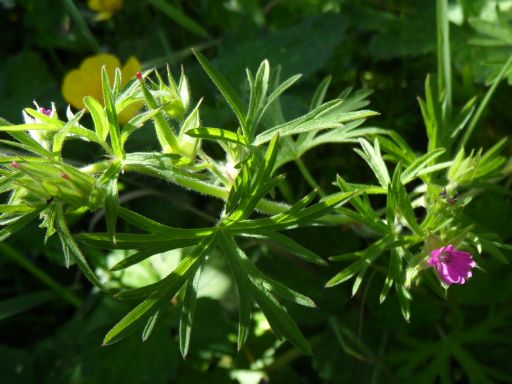