Chenopodium glaucum is a variable species, and it is probable that some forms of the speices are native and other forms are naturalised. Among the potentially native elements include subsp. ambiguum, supposedly differing in having flowers in leafy racemes, and the seed with an obtuse margin. However, these features do not appear to be consistent in both European and native Australian specimens. 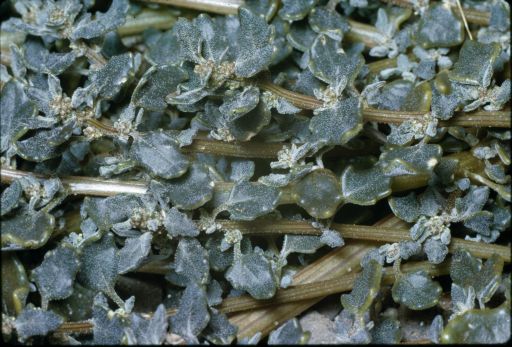