Specimens from near Mitiamo have narrower leaves than typical, and in this respect resemble Craspedia sp. 2, but lack the very long, reddish petioles typical of that species. 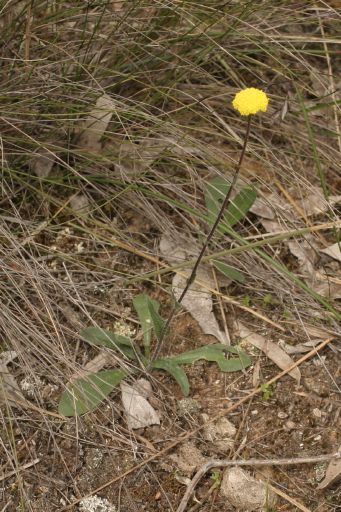