EGU, GipP, Glep, HNF, HSF, MuF, VAlp, VRiv. Confined largely to forests fringing the Murray River and its major tributaries, particularly between Wodonga and Echuca, but with scattered occurrences in the south (e.g. Yarra River flats; rocky banks of the Snowy River, where locally common in pockets of sand amongst boulders).

Occasionally grown for ornament and readily self-establishing in gardens. Flowers of this subspecies are generally larger than those of V. betonicifolia subsp. betonicifolia, but there doesn't appear to be a clear distinction between the two in this character. While most flowers are on scapes that exceed the leaves, some may be produced near the base of the plant. These are likely cleistogamous flowers and tend to be produced toward the end of the flowering season. 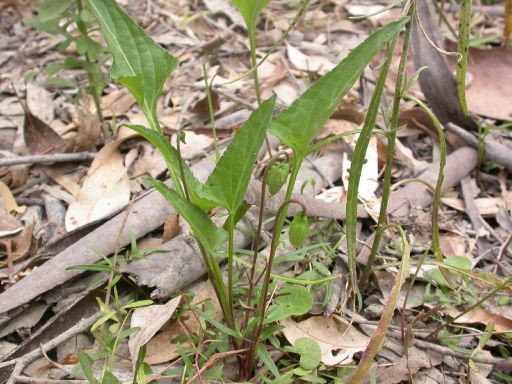