In rock crevices or other exposed sites, fronds are firm and often stunted. The width of the ultimate segments is quite variable, but they are generally narrower than those of P. epaleata. 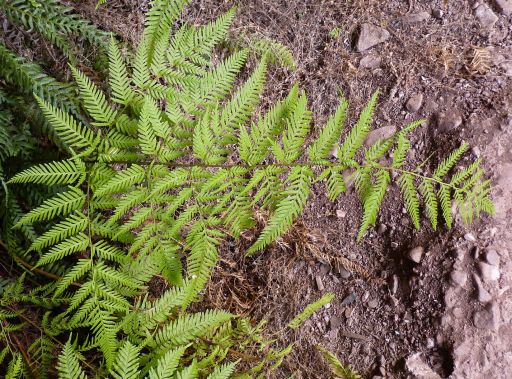