This species has previously been included in M. viscosum R. Br. from which it differs in being non-odorous, having translucent fruit that are cream to yellowish with darker markings, and distinctly petiolate leaves that are thinner-textured, prominently punctate and not reflexed down the branches. Myoporum viscosum s.str. is confined to a few near-coastal areas of South Australia (Yorke and Eyre Peninsulas and Kangaroo Island). 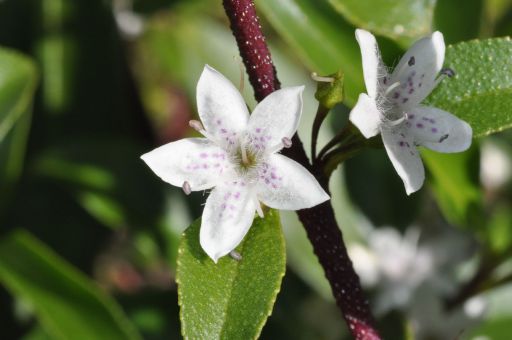