The uppermost male spikes are characteristically much longer than the lower spikes. 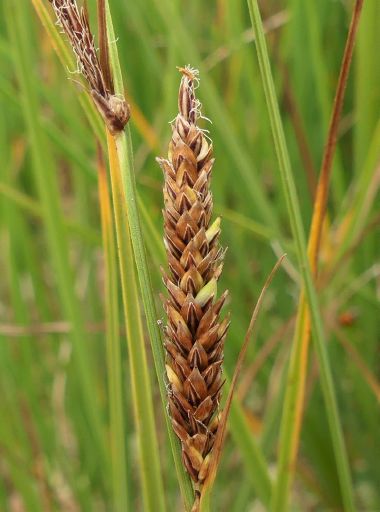