Perennial or annual, monoecious or (very rarely) dioecious herbs, often with a grass-like or rush-like habit, tufted or rhizomatous, sometimes stoloniferous, rarely tuber-producing. Culms usually solid, rarely hollow between transverse septa, triquetrous to terete, occasionally 4–5-angular. Leaves basal and/or cauline, the outer basal ones often reduced to ± open sheathing scales; inner leaves and cauline ones (when present) embracing the culm with closed tubular sheaths; blade usually narrow and grass-like, occasionally reduced to a slender mucro; ligule present (membranous or ciliate) or absent. Inflorescence simple or compound, variously umbel-like, panicle-like or head-like, or reduced to a single spikelet; subtended by one or more leaf-like or occasionally glume-like or culm-like involucral bracts, the lowest ones often much exceeding inflorescence and resembling the leaves, the others gradually smaller, the upper ones (and sometimes all) small and glume-like. Spike-lets either solitary or clustered, terete or compressed, with one to many flowers; rachilla sometimes winged. Flowers small and inconspicuous, bisexual or unisexual, each usually solitary within a bract (glume). Glumes arranged either distichously or spirally on the rachilla of the spikelet, one or more of the lower or upper ones often empty. Perianth reduced to hypogynous scales, bristles or hairs, very rarely subtepaloid or disk-like, often absent; stamens hypogynous, 3 or fewer, very rarely more, filaments free, anthers basifixed, oblong or linear, 2-locular, opening longitudinally; ovary superior, 1-locular with one erect ovule; style terminal, filiform or variously thickened at the base, ± deeply divided into 2 or 3 (rarely more) branches, rarely simple. Fruit a small seed-like nut, that from a 2-lobed style usually more or less 2-sided, and that from a 3-lobed style more or less 3-angular or terete. Amphicarpous spikelets rarely present, hidden amongst basal leaf-sheaths.

A large family with more than 100 genera, and more than 5,500 species, Australia having c. 45 genera and 650 species; cosmopolitan, mostly in damp or swampy places.

Economically the Cyperaceae are usually considered of minor importance, being overshadowed by the Poaceae, but they nevertheless play a significicant role in many areas. Some 500 species have been recorded as having local or ethnobotanical importance. Eleocharis dulcis (Water Chestnut) is important in Asian cuisine. The tubers of some species of Cyperus have also been used as food. The paper of the ancient Egyptians was manufactured from Papyrus (Cyperus papyrus L.). Some species are used regionally in the fabrication of mats, brooms etc. A few have ornamental or medicinal purposes.

Multi-access key to the Victorian Cyperaceae

Key to the genera of Cyperaceae 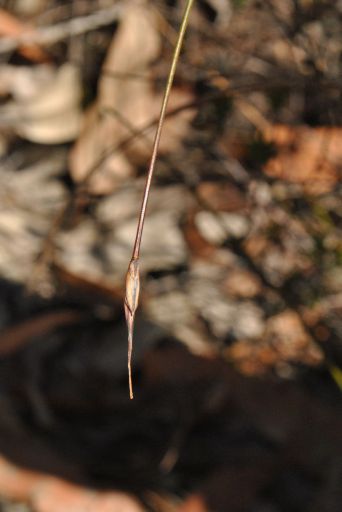