The combination of dark green fronds, an abrupt decrease in pinnae width to linear tips, and the cup-like enclosing indusium, clearly distinguish C. cunninghamii from the other 4 Cyathea in Victoria. The stellate hairs on the lower surface of ultimate rachises and veins, although too minute to be seen even with a hand lens, are also characteristic of this species. It has been reported that C. cunninghamii does not become fertile before plants attain a height of about 7 m, corresponding to an estimated age of about 20–25 years! 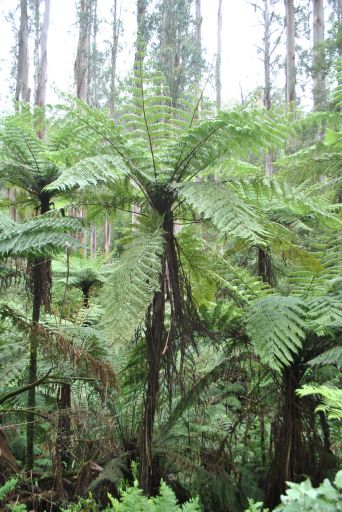