Subsp. spatulata is the most variable subspecies, especially in leaf morphology. Populations in the Grampians and surrounding ranges differ from other populations in having obovate leaves that are slightly thicker, broader and more rigid with variously and minutely dentate margins. Plants from the Warrandyte area tend to have larger leaves than other populations. The subspecies intergrades with subspp. cuneata and angustissima.

See description for Dodonaea viscosa for features of the species. 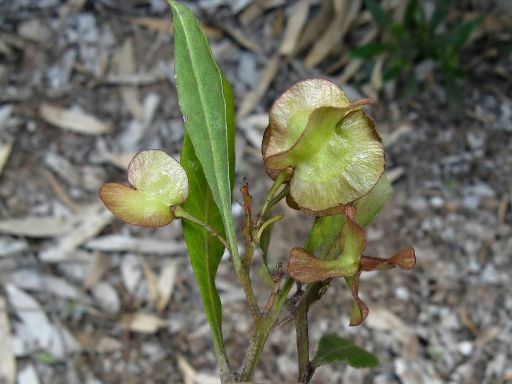