7 subspecies, 4 occurring in Victoria. Generally, these subspecies are readily distinguishable but many intermediates exist where two or more subspecies are sympatric, e.g. western and eastern Victoria. Owing to difficulty of assignation of old records of D. viscosa, and the numerous specimens of unclear subspecific affinity, general distribution information only is available for the subspecies. Hybrids of D. viscosa and D. boroniifolia occur in areas of overlapping distribution.

A horticultural form, D. viscosa 'Purpurea', originating from the South Island of New Zealand, is an occasional garden-escape, e.g. on the Mornington Peninsula. It is readily recognizable by large leaves (to 12 cm long and 2.5 cm wide) with a purple abaxial surface. 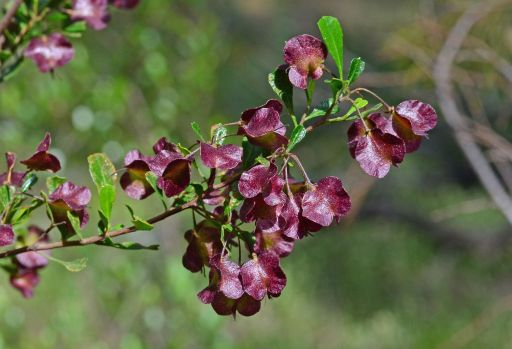