Specimens with a cone morphology intermediate between Callitris glaucophylla and C. gracilis are found in the Murray River area, and may be of hybrid origin (Adams 1985, p. 48; Thompson & Johnson 1986, p. 733).

Victorian populations have at times been treated as C. columellaris F.Muell., but morphological and molecular evidence indicates this to be a species of restricted occurrence in near-coastal northern New South Wales and southern Queensland.

The wood of this slow-growing conifer is renowned for its resistance to insect attack, particularly that of termites. 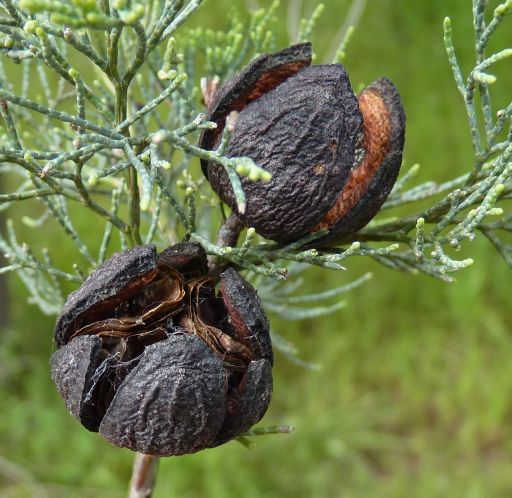