About 140 species, in temperate and subtropical regions, chiefly in northern Eurasia; 2 or 3 species in Australia (1 native, 2 naturalised).

The genus in the Northern Hemisphere includes species notorious for the damage they do to various agricultural crops. Current quarantine controls have largely kept these species at bay. However, it is vital that collections of Australian Orobanche populations with accompanying collections of their hosts be made. Recent infestations in Australia, at least one definitely from an overseas source, while contained, have highlighted the need for detailed information about variability and host range of our species.

Coloration of the style and corolla is important for separating species but is poorly documented in Australia. 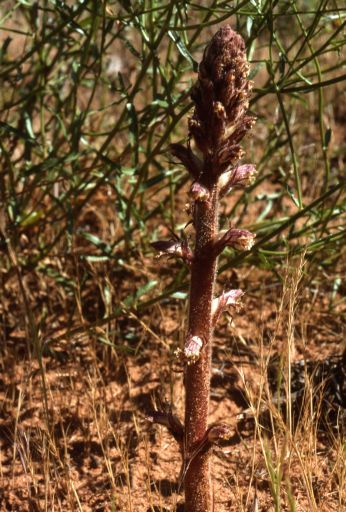