Gold, MuM, VRiv, Wim. Endemic to Victoria where known from grassland and grassy woodland in north-central parts of the state.

Similar to Diuris fucosa, but that species has generally larger flowers with a broader labellum that has darker central stains and striations. 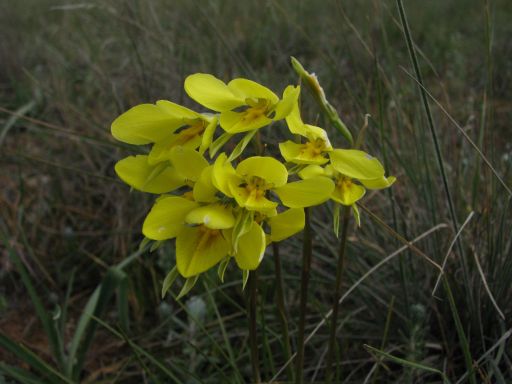