Perennial herbs, climbers, shrubs or trees, usually glabrous; sap usually a milky or sometimes watery latex, often poisonous and sometimes a skin-irritant. Leaves opposite or whorled, rarely alternate or reduced or absent, simple, entire, sometimes glandular near base of lamina; stipules absent. Inflorescence a dichasium or monochasium, raceme, axillary cymose pairs or flowers solitary in axils. Flowers bisexual, actinomorphic, often showy and fragrant; sepals 5, free or partly fused, imbricate or valvate in bud, often with basal glands; petals 5, fused into a tube at base, lobes contorted or valvate in bud, sometimes with a ring of scales in throat; stamens and styles free or fused to form a gynostemium; stamens 5, inserted on corolla-tube or at base of corolla, alternating with lobes, without appendages or with appendages of 2 kinds, dorsal appendages collectively forming a corona, terminal appendages membranous, appressed to style head, filaments free or fused into a sheath around style and fused to it, anthers 2- or 4-celled, enclosed in corolla-tube or exserted, free, cohering to stigma or fused into a sheath and fused to style head, pollen grains separate or coherent, forming waxy pollinia, pollinia in pairs, one from each adjoining anther; ovary superior or rarely half inferior, carpels 2, free or fused, ovules 2 or more per carpel, style 1–2, if 2 united only by a thickened head, stigma 1–5-lobed, on undersurface of style head, in gynostemium alternating with anthers. Fruit a drupe, capsule, berry or follicle, often paired; seeds usually numerous, often flat and comose with long silky hairs, with or without endosperm.

About 400 genera and 4600 species, almost cosmopolitan but mainly in tropical and subtropical regions; 45 genera and 185 species in Australia.

Asclepiadaceae is here included within Apocynaceae. Asclepiadaceae is distinguished from Apocynaceae by having pollen aggregating into pollinia, style and stamens united into a gynostemium, and stamens that often have a corona. However, a continuum in floral morphology occurs between Apocynaceae and Asclepediaceae, with the level of development of the previously mentioned structures related to the degree of pollination specialisation (MacFarlane 1933; Forster 1996) and while Asclepiadaceae have been found to form a lineage in phylogenetic analyses of morphological and DNA data, they are clearly a group that has arisen from a lineage within Apocynaceae (e.g. Sennblad & Bremer 1996; Endress et al. 1996; Potgieter & Albert 2001). 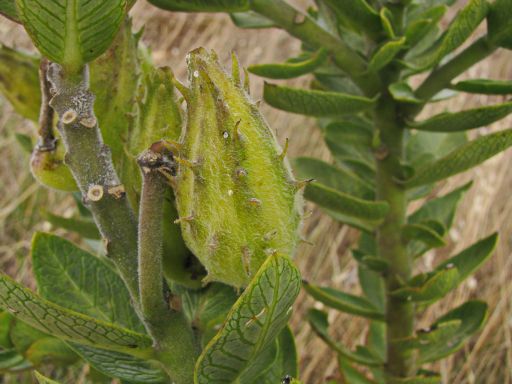