2 species, both endemic to southern Australia, only 1 in Victoria.

The seeds germinate soon after fertilization and the developing seedling remains attached to the parent plant for about 7–12 months. After detachment, the seedling is free-floating until the pericarpic skeleton becomes attached to the sand or is caught among the branches of other plants. 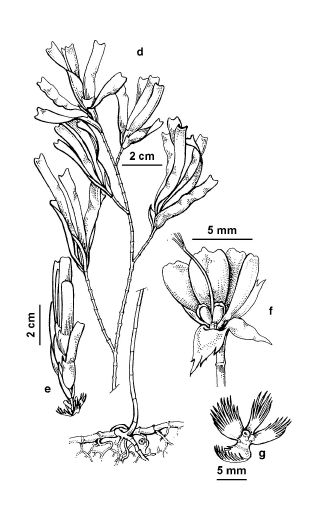