In Potamogeton the presence of perianth appears open to interpretation. Scales united to the anthers may represent perianth, or to be associated with the anthers. Recent treatments have suggested these sepaloid scales constitute perianth (Papassotiriou et al. 2011). This position has been followed in the current treatment. The previous Flora of Victoria treatment interpreted these scales as arising from anthers, with perianth regarded as absent. In that treatment, Potamogetonaceae included Potamogeton and Ruppia, and the absence of perianth was used as a character to unite these two genera. Ruppia is now treated in a separate family. See note under Ruppiaceae. 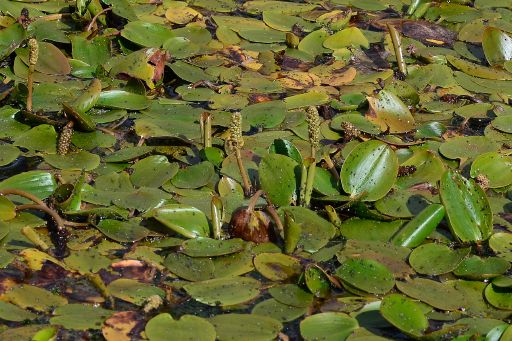