Distinguished from Diuris chryseopsis by its generally later flowering, montane to alpine habitat and slightly smaller flowers. Similar to D. monticola but that species has 5–9 leaves in a basal tuft, up to 4 porrect flowers, larger lateral lobes and a shorter basal claw on the labellum. 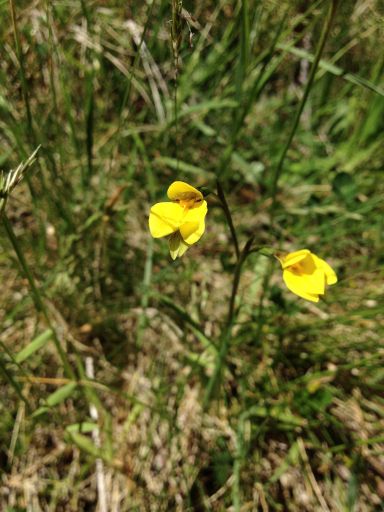